Sdui builds the operating system for digital and modern education. In order to simplify communication and organisation in schools and day care centres, we develop data protection-compliant solutions that connect teachers as well as educators, parents and children. With the help of features such as chat, video calls, cloud, timetable and translations, the platform creates the infrastructure for digital learning. 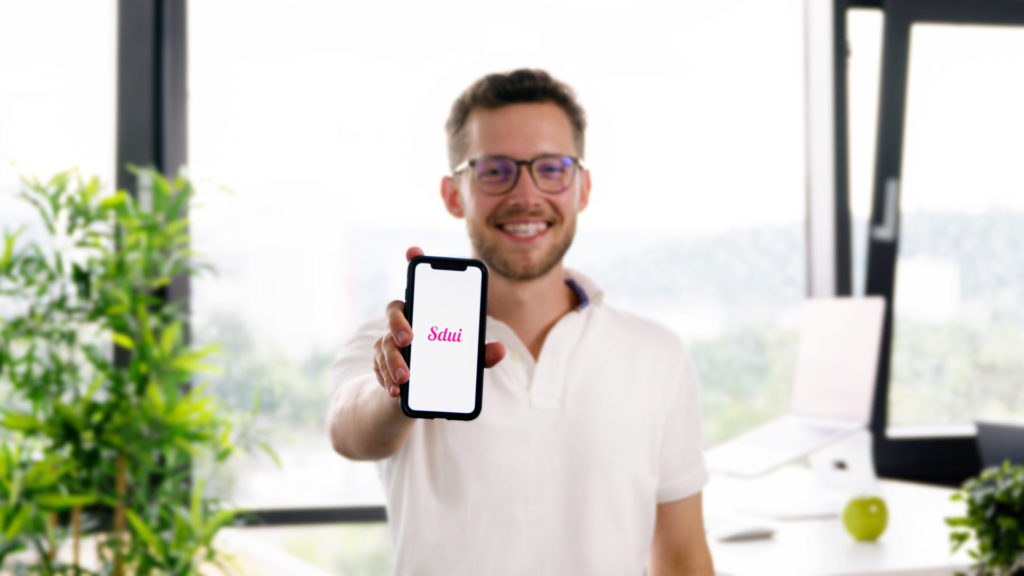 Sdui continues to grow –
we now have 150 employees.

Empower humans to
transform education for a
better tomorrow.

Why does Sdui exist and why does it make sense that we do our job every day? Our purpose gives a clear answer to these questions: We empower people to transform education – for a better tomorrow.

A world in which technology
enables everyone to
benefit from the best
possible education.

What should this better tomorrow look like? Our vision paints a picture of the educational future we would like to contribute to: A world where technology enables everyone to participate in education. Because: We believe that the future of learning is highly personalised, engaging and relevant to real life.

We build the operating system
for modern education.

What are we doing every day to make our vision of the future come true? Our mission is: We build the operating system for modern education. We simplify communication and organisation to connect people and make learning more effective and accessible worldwide.

Sdui started in 2015 as a school project at a high school in Westerwald. Daniel Zacharias, Jan Micha Kroll and other students noticed back then: Relevant information does not end up where it is needed in everyday school life. There was no change in sight – so they developed their own solutions to these problems: As part of a school project, the students worked on an app that makes substitution plans digitally available to everyone. The project won several awards at the “Jugend forscht” contest in the years to follow.

Some schools were interested in the app. Convinced that their idea could make an important contribution to the digitalisation of schools, Daniel and Micha founded Sdui GmbH in February 2018 after graduating from high school.

Today, Sdui is the fastest growing start-up in the German edtech industry with offices in Koblenz and Berlin, around 150 employees and more than 5,000 schools and day care centres reached (as of February 2022). In order to reach even more educational institutions with Sdui’s solutions, the platform is also being offered in other European countries.

To make an even bigger impact on the digitalisation of education, we unite the best solutions from schools and day care centres in Europe under the Sdui Group umbrella.

The Swiss school management software PUPIL offers 45 modules as an all-in-one solution for the organisation of everyday school life.
More about Pupil

Many Belgian schools trust the Konecto app: It’s the market leader in the French-speaking region Wallonia.
More about Konecto

Development bank of the state of Rhineland-Palatinate

among others known for Zalando and Flixbus